Volkswagen Beetle 2015 – Interior Pieces – Find out what your options are when you want to touch up the interior of your car. 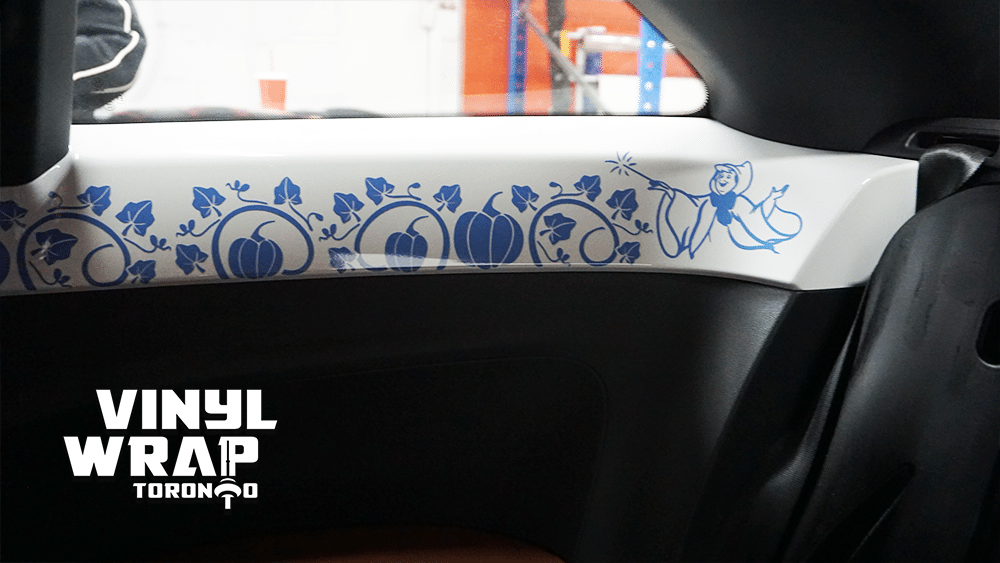 Like we’ve discussed before, it isn’t a one-time job to make the car your dream car. You will realize that once you get one thing done you’ll want another one. The same as tattoos, once the creativity is allowed out, it’s hard to stifle it.  It’s human nature, and why shouldn’t we if it gives us the pleasure of having something really cool?

Our recent client Ms. Andrea had her Volkswagen Beetle fully wrapped by Vinyl Wrap Toronto. It wasn’t just an ordinary full wrap, it brought a Disney fantasy to life. The Volkswagen Beetle went through a full wrap to become one step closer to being the perfect car the second and final step required more of Disney’s magic.

She brought the car in for the second time to get the interior done. It was like last time, an interesting job for us and we did the job with great pleasure. It was a series of decals that went around the car from the inside. Decals featuring the vines, pumpkins and the three mice from the classic Disney Cinderella story. She chose the colour “Gloss Smokey Blue” from Avery Dennison’s SW900 Series.

Since it was a lot of detailing, weeding the vinyl was a bit tricky, however, it was all worth it when we saw what we had accomplished. Everyone from our team to the client loved how it turned out. We’ve attached the pictures of the Volkswagen Beetle’s interior and spoiler for you to feast your eyes on.

The thing about getting the interior of a car is that it does more for the owner of the car than it does for other people. Because the interior is something only the owner and the people who occasionally sit in the car, see. This goes on to say, it is absolutely worth it to do things that make you happy.

Tips While Getting the Interior of Your Car Done

To give you something to walk away with, experts at Vinyl Wrap Toronto have shared some gems carved with experience for when you wish to or consider getting the interior of your car done.

If you have any further questions or concerns, feel free to give us a call at +14168223232 or visit our garage at 24 Ronson Dr, Unit 1, Etobicoke, ON, M9W1B4 to speak to one of our installers. At Vinyl Wrap Toronto, we have a team of experts who have mastered wrapping vehicles such as cars, motorcycles, trucks, vans, boats, trailers, etc. 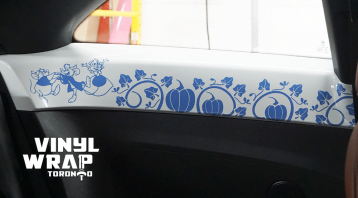