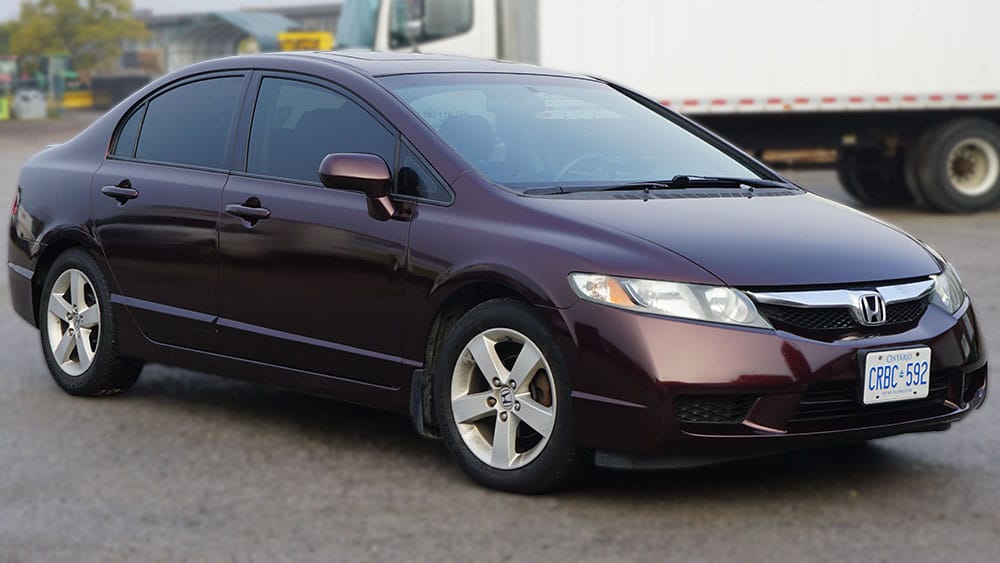 When it comes to the battle between time and material things such as cars, it goes without saying, that time always wins. The car you bought a few years ago has lost that fresh new car look. The effects of time can be seen from the fading of the colour to minor scratches, etc. When you’re in a situation where your vehicle is clearly starting to show its age, there are a couple of things you can do such as, sell it and get a new one, have it painted trying to revive its original look or like what our customer did in this case, get it fully wrapped in an eye-catching colour.

Vinyl Wrap Toronto recently added a Honda Civic 2010 to its portfolio of full car wraps. This client was looking to resurrect his Honda Civic 2010 which had been around the block for a long time and was clearly showing its life experience. The client contacted our team explaining what he was looking to accomplish. Originally, he wanted to go for a black coloured wrap for his Honda Civic 2010, but after talking to our team of installers and going through some swatches, he had a change of heart and decided to go for the Gloss Black Rose.

Our team took in the car and our installers worked their magic using the premium quality material offered by 3M’s 1080 Series. “Gloss Black Rose” is not that common of a colour that people go for when they get their cars wrapped, but since this client wanted that colour for his Honda Civic 2010, we sourced it from Calgary and got the job done. The final product came out looking flawless. It’s like a brand new car, at least from the outside. We’ve attached some pictures of the wrapped Honda Civic 2010 on this page for you to see how a full wrap can change your car’s look entirely.

The client could’ve gone with other ways to get the colour changed, but he chose to go with a full vinyl wrap because of the following reasons:

These are just a few; there are a lot more reasons why vinyl wraps are considered the first choice when thinking of changing the colour and look of a vehicle.

If you have a vehicle that could use a fresh new look, feel free to give us a call at +14168223232 or visit our garage located at 24 Ronson Dr, Unit 1, Etobicoke, ON, M9W1B4 to speak to one of our experts about any questions or concerns you may have.

For more wraps like the Honda Civic 2010, please visit our blog page, here. 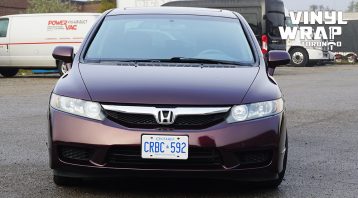