Nissan Juke 2016 – Decals/Stripes; Decals are like tattoos, you get one and end up wanting more 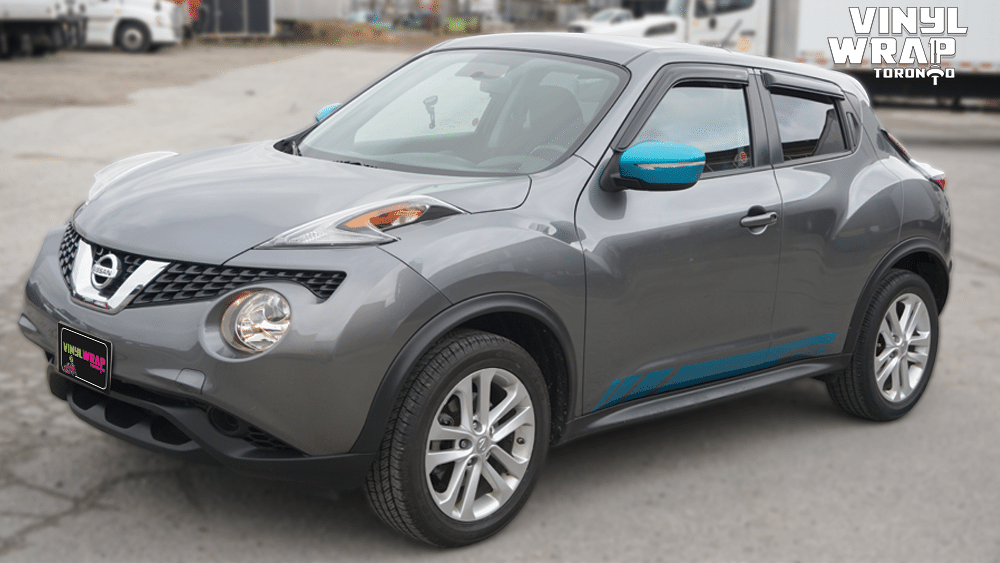 Car enthusiasts know how important and fun it is to take an ordinary car and turn it into their fantasy car. Our recent client Ms. Shari is one of those people who are passionate about their pride and joys. From the time we first interacted with her, we came to know she absolutely loves her Nissan Juke 2016.

She has joined and followed a lot of groups and pages dedicated to her baby (Nissan Juke). She was an active part of these groups, always looking for inspiration or ideas from the modifications other people had done to their Nissan Jukes. After looking for something that matches her style she finally came across something that she wanted for her own Nissan Juke. The Juke is was discontinued in 2017, this adds to the dedication and love for her Nissan like Ms. Shari.

She was still sorting through the options she could take when she contacted us. We had a long conversation with her expanded over the span of several weeks. Both in-person and over emails. During our conversation, we found out that she wanted something subtle and inspired by things she had seen online in the groups or pages she follows.

Upon interacting with our team installers, she eventually made a decision. She decided to get decals in the form of stripes on the sides of the Nissan Juke and on the back of both rearview mirrors. Although she wanted something very minimal and subtle, she wanted it to pop. That explains the colour she picked. She chose the “Gloss Atomic Teal 1080 – G356” by 3M.

It was an easy job for our installers and designers since these are the people who have been wrapping and designing vehicle wraps for more than a decade. While it is a tough job to install decals with perfection, it was quick and easy for our experienced installers.

Decals are the tattoos of cars:

If you look at it, decals are the tattoos for cars. When you’re done getting your first and are happy with it, you start looking to get another one. Similarly, in this case, our client was so happy with the job we did. She mentioned she will be getting a tattoo and since she was so satisfied with our job we threw in an idea letting her know we can turn whatever tattoo she gets, into a decal and install it on her Nissan Juke 2016. We showed her pictures of a similar job we did recently where we literally took an original drawing of a woman’s dragonfly tattoo and turned it into a decal. Check the pictures here.

After seeing what we did with the dragon tattoo, she assured us that she’s definitely coming back.

No matter what it is that you want on your car, we at Vinyl Wrap Toronto can make it happen.

If you have any questions regarding vehicle wraps or decals, feel free to give us a call at +14168223232 or visit our garage located at 24 Ronson Dr, Unit 1, Etobicoke, ON, M9W1B4 to speak to one of our installers. 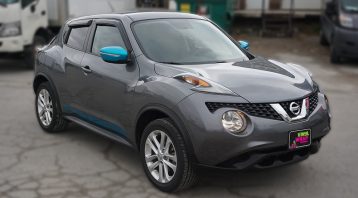